Aimed to attract arts & non-arts audiences across the city and beyond to the wonders of Digbeth as Birmingham’s cultural heartland.

The sun shone in appreciation of the many high caliber arts tenants now housed at Warwick Bar. There is a working ethos of mutualism on-site that comes from a shared sense of respect and a consolidated future in the Digbeth area of Birmingham.

“I thought the Summer Fete was a great success! It was a thrill to see families venture into Digbeth for an arts event and the two locations both felt very natural spaces for this to happen. I really felt the atmosphere of this part of town had changed that afternoon and an effective effort to ‘lure’ people away from the city centre. I wonder how many had come for the first time? I certainly saw a few people I’d never seen in Digbeth before. All artists seemed to be totally into what they were doing, many fearlessly enjoying their work especially the equestrian lady, and Companis. It would have been nice for David Bowie to have officially opened the fete: maybe next year?!”

Warwick Bar Summer Fete: an event for the whole family

In collaboration with Edible Eastside, Ikon and Grand Union

MAAP initiated and produced a day event in collaboration with the tenants and partners of Warwick Bar with Ikon IYP’s Slow Boat, Grand Union and Edible Eastside. With live art, music, workshops and walks.

The first truly Warwick Bar public event with Ikon IYP, Grand Union and Edible Eastside as key collaborators programming their spaces and marketing the event. A call for independent traders of food and culture was well received and sixteen market stalls were set up across the two sites. The summer fete confirmed that the canalside location and Edible Eastside’s urban growing spaces naturally extend the public amenity for Digbeth and could attract diverse public to sample the best of artisan food and contemporary art. Food stalls included Bearwood Pantry, Unbunto Breads, Urban Harvest and Helen Tidy’s foraged and wild preserves.

Liz Ainge produced a great design for the flier and all signage completed with graphic of Ikon’s Slow Boat. The event put Warwick Bar on the map as before then most people didn’t know where it is or what it is.

Aimed to attract arts & non-arts audiences across the city and beyond to the wonders of Digbeth as Birmingham¹s cultural heartland.

“We had a very successful day that far exceeded our expectations.  We sold well and particularly enjoyed chatting with the artists” 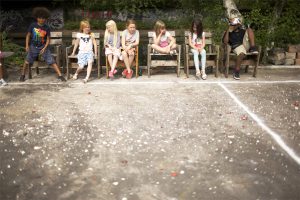 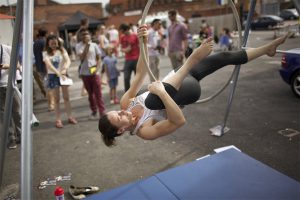 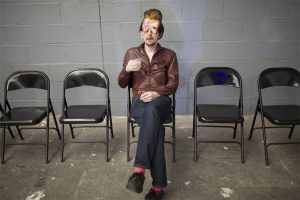 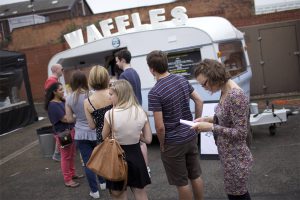 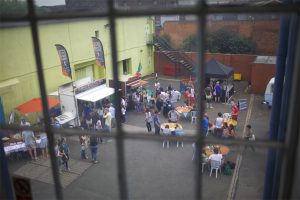 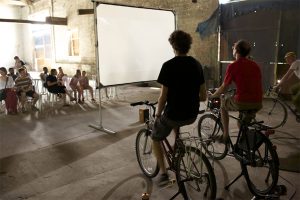 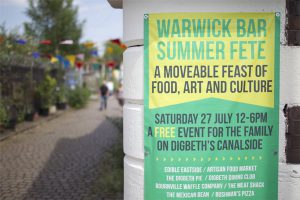