In units and public spaces of Minerva Works, Digbeth, Birmingham

Special MAAP commissions included: Verses in Glutteridge by live artists Cathy Wade & Paul Newman, Five Songs by Eastside Project’s Extra Special People, Poles by London & Leeds based artist collective Black Dogs and Public recitals of Schubert’s Lieder by singer Erik Schelander.
Contextualised within a curatorial brief, the Winter Fest sought to engage the public through cultural events and temporary works to celebrate our passage through winter as a literal and metaphorical experience. The industrial setting of Minerva Works provided the urban landscape by which artists and singers explored the interplay between our own internal psyche
and quiet reflections on time passing, with the rituals and traditions of the winter solstice and Christmas festivities.

The event aimed to attract arts & non-arts audiences across the city and beyond to the wonders of Digbeth as Birmingham’s cultural heartland. 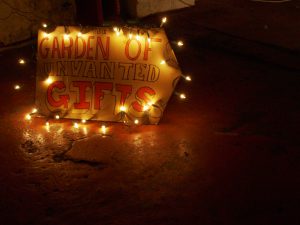 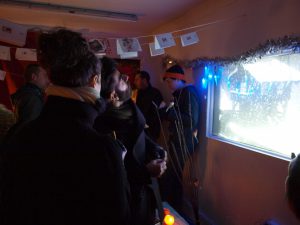 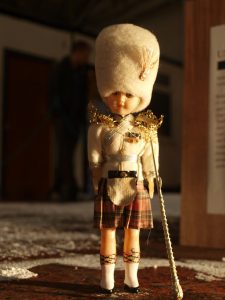 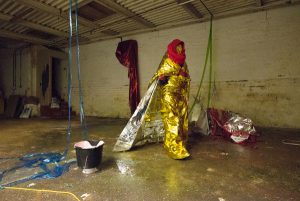 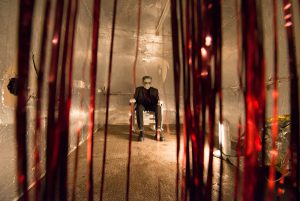 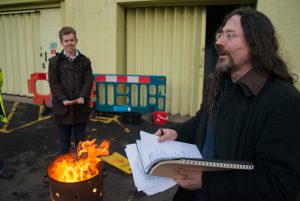 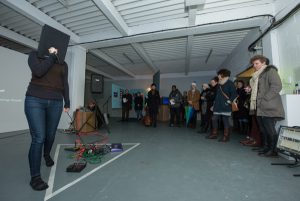 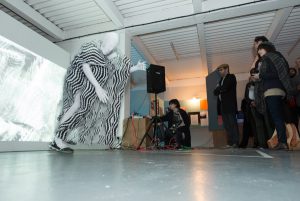 Notes
A cold couple of days with the artists and public enjoying the warmth of each others company. This is the first time that MAAP has directly commissioned work for Warwick Bar and four of its empty units, and we were delighted with the response. Ikon’s Slow Boat project takes over Unit 11 and creates a stage area for performances throughout the day, and exhibition and video installation for the presentation of works created during their slow summer canal trip to London in partnership with Chisenhale Gallery.

Artists Cathy Wade and Paul Newman took weeks in advance of the event to inhabit their unit and reform the floor and walls with detritus from the site mixed with glitter and highly reflective materials. Footprints and tracks of dirt and glitter were walked around the site and remained weeks later.

Black Dogs created a participatory installation which created a dynamic dialogue between two elements of the festive period; the crass consumerism of Christmas and the touching romanticism of the journey home to see family and loved ones. The public were drawn through a twisting pathway, of unwanted gifts that we all have received and given, and audiences ended up in conversation with members of Black Dogs. A blazing fire in the chimney breast was projected and supplemented with home baked biscuits and electric fan heaters.